María Volonté and Mavi Díaz, two icons of Argentine popular music, announce their upcoming tour of the US. During May 2013 they will present “María Volonté + Mavi Díaz: Wapas Tour” at venues on the West Coast from San Francisco to Los Angeles.

In “María Volonté + Mavi Díaz: Wapas Tour,” these two renowned artists join forces to celebrate Latin American women and the female performers like Violeta Parra, Chabuca Granda and Tita Merello who celebrated them in songs and inspired Mavi and María to pick up their guitars and begin their lives traveling the world and making music.

These two performers themselves exemplify a passionate commitment to the artistic life and symbolize the important role of women as driving forces in Latin American music. Both are tireless musical adventurers who continue to break new musical boundaries as prolific songwriters and dynamic performers.

This will be the second time that “María Volonté + Mavi Díaz: Wapas Tour” is presented in the United States. In 2012, “María Volonté + Mavi Díaz: Wapas Tour” performed six concerts: in Pennsylvania, Virginia, Washington DC and New York. Highlights included concerts at the Argentine Embassy in Washington, DC; the Argentine Consulate in New York City; and a sold-out concert at the Artisphere Theater in Alexandria, Virginia. Their performances in Europe and the US have been made possible by the generous support of the Argentine Foreign Office.

These two performers themselves exemplify a passionate commitment to the artistic life and symbolize the important role of women as driving forces in Latin American music. Both are tireless musical adventurers who continue to break new musical boundaries as prolific songwriters and dynamic performers.

The Meaning of “Wapas”:

The name “Wapas Tour” is a play on the Spanish word “guapa.” In Spain, “guapa” means “a beautiful, attractive woman,” while in Argentina, “guapo” means “street-wise and tough.” Both qualities apply to these two incredible women. In text messages in Spain, young people spell “guapa” as “wapa,” hence the “Wapas Tour.”

Maria Volonte is a Latin Grammy-nominated singer-songwriter from Argentina celebrated around the world for the stories she tells through her songs, her exquisite voice and her intense live performances. A tireless adventurer in music as in life, Maria lives year-round on the road, criss-crossing the globe to share her music with new audiences. She is currently exploring the intersection of tango, Latin folk music and blues with her “Blue Tango Tour” together with California harmonica player Kevin Carrel Footer. She has released 8 award-winning CDs. 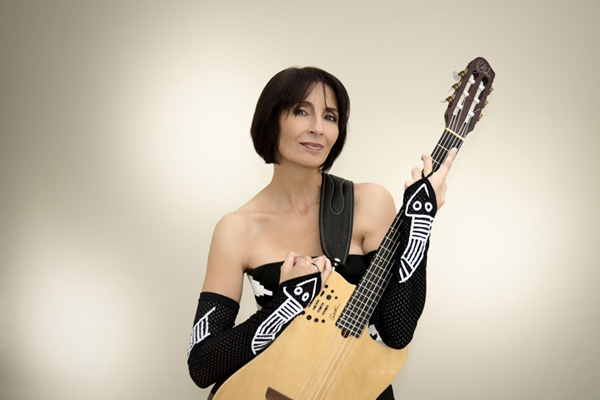 Gardel Prize-winner Mavi Diaz is a former rock star (a founding member of “Viudas e Hijas de Roque Enroll” and currently of “Mavi Diaz y Las Folkies”) who is shaking up the Argentine folk music scene with her original compositions. Daughter of the world-famous harmonica player Hugo Diaz, she was surrounded by the best Argentine music from an early age and has dedicated her life to putting that legacy to good use as a performer and composer. Her latest folk-rock music CD “Sonqoy” is tearing up the Argentine music charts and helping to bring folk music back to the center of attention on the popular music scene. 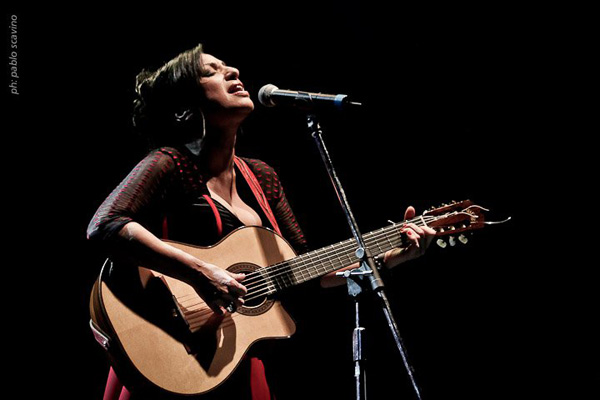